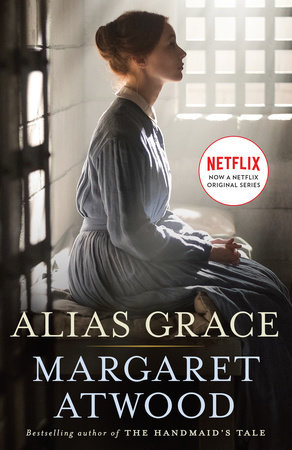 So at this point, I don’t think any of you would be surprised to learn that I joined another book club. It’s kind of like a compulsion now. But I’m not going to rag on myself too hard because this new book club led to me reading this lovely book that I’ve had sitting in my bedroom forEVER now. Well, at least a year and a half. And remember, one of my big goals this year was to make progress on both my physical and digital TBR list and I was totally able to cross this one off of the physical list, so woohoo! 🥳

This new book club is an introvert’s dream, lemme tell you. I was matched up with three other readers that are fairly close to me geographically, and each of us picked a book to read, we marked up our copy, and then we mailed it along to the next person for them to do the same. In 3 months I’ll get my book back and it’ll be marked up by the other three members of my group and I can get a taste for what they liked/disliked about the book. I actually really like it so far because reading a book specifically to annotate and make notes means I’m paying way more attention to what happens and how it makes me feel. Unfortunately for you guys, that means a longer review from me. And to add the cherry to the whipped cream here, this book was authored by the lovely Margaret Atwood so you know there is plenty for me to unpack.

Because there is so much to unpack, let’s just assume that this entire review contains spoilers. So if you haven’t read it and you don’t want the book ruined – DON’T GO ANY FARTHER! I won’t be marking them individually like I usually do.

Alias Grace tells the real-life story of Grace Marks, a woman convicted for her involvement in the murder of her employer (Thomas Kinnear) and his housekeeper/mistress (Nancy Montgomery). As with most murder cases, there are those who believe she’s guilty and those who believe in her innocence. The book comes across Grace as she’s serving her life sentence in the local Penitentiary where she claims she has no recollection of the crimes and in fact proclaims her innocence.

“If I am good enough and quiet enough, perhaps after all they will let me go.”

Enter Dr. Simon Jordan, an up-and-coming expert in the burgeoning field of mental illness who is engaged by a group of reformers and spiritualists who are seeking a pardon for Grace. Dr. Jordan has Grace walk him through her life, starting with her earliest memories, in the hopes that as they arrive at the day of the murders, her memories will be unlocked.

As my past experience with Margaret Atwood has taught me (The Handmaid’s Tale) you don’t just get the story that you bargained for. You end up getting a study of the differences in how genders are perceived and treated. In this specific instance, we get a detailed look at how Grace Marks was really at the whim of various men in power at the time of, not just her conviction, but really her whole life. So to start, I’m going to unpack some of my Feelings™ about what I read.

I really liked the way Atwood drew parallels between Simon Jordan and James McDermott. They were both so similar: they were entitled, they felt that most women were beneath them (even the ones who were actually above them), and they had a weird thing about eggs. It served to highlight the fact that the biggest difference between them was the fact that Dr. Jordan had money and James McDermott did not. Dr. Jordan was essentially just a few bucks, and a few violent encounters, away from a hanging. One could almost argue that Dr. Jordan was worse than James because his thoughts were way darker and way more frequent, though to be fair, James McDermott is not one of the perspectives that we see, so we don’t really get a good insight into his thoughts. The only indication that we have that they’re dark is the fact that he was hanged for the murders, though he consistently claimed that he just did Grace’s bidding.

“I am afraid he was very much indulged, not least by himself. For if the world treats you well, Sir, you come to believe you are deserving of it.”

I also really loathed the character of Dr. Simon Jordan. Almost to the point of hatred. He was such a hypocrite. He pretty much blamed Mary, Nancy, Grace & Rachel for their problems indicating that it was likely their fault because of their loose morals (this is my paraphrasing here), but HIS morals were pretty questionable. That man thought about sex so much! I’m not saying that thinking about sex makes you immoral, but thinking about having sex with the various women in your life who feel beholden to you, thereby taking advantage of those feelings, kind of does.

“..and once you are found with a man in your room you are the guilty one, no matter how they get in.”

He probably could have diagnosed himself as a sex addict. Though I do believe that he really was just hobby-doctoring.

Oh, you don’t know what that is?

Don’t worry, I just made it up. He was pretty much just going around to all these different asylums to try to find features to be included in the ideal asylum that he wanted to build. His hobby-doctoring aside, it was interesting to me the way that Dr. Jordan viewed Grace (she was this beautiful, mysterious woman who he thought would make a good potential wife for himself) and the way he viewed Dora (she was terribly ugly, gross and he wouldn’t even take her as a mistress). The same Grace that was accused of murdering her prior employer and his housekeeper/mistress. What’s even more interesting is that Grace and Dora were both maidservants. The only differences between them were their looks, and the fact that Grace was accused of murder. Though he did think at some point that the mystery of whether or not Grace actually helped/committed the murders was probably a driving factor in his fascination with her. Where he really hated Dora… he was really obsessed with Grace.

I also thought it was interesting that even almost 20 years after Mary’s death, Grace still thought about Mary very regularly. And some of her rebukes and responses came out the way Mary would have said them. Now, I will grant you that Mary’s death was pretty traumatic for anybody to witness – especially so for a young 16-year-old girl who had to share a bed with her. But — pretty much everything else that happened to Grace in her life was just as traumatic. I honestly thought the book was going to reveal that Grace was one of the first cases of Schizophrenia or D.I.D. or something along those lines specifically because of how embedded Mary was in her head. Which leads me to one of my biggest frustrations with this novel…

… it just seemed incomplete. Grace’s behavior throughout the whole book, and even the title of the novel, seemed like it was leading towards the conclusion that she had some sort of mental illness (it’s literally in the synopsis that Dr. Jordan is an expert in the burgeoning field of mental illness). Did she? WE JUST. DON’T. KNOW. Towards the end of the novel, the Governor’s Wife brings in Dr. Jerome DuPont to conduct a hypnotism to see if he can draw out Grace’s memories from the day of the murder. But we learn from Grace, that Dr. DuPont is none other than Jeremiah the Peddler who made visits to the Alderman’s house when Grace worked there with Mary, and who at one point offered to run away with Grace and form a sort of charlatan spiritualist act so that they could make money together. We get some kind of indication that Jerome/Jeremiah talks to Grace about the hypnotism before it starts (but we really don’t know what is said) and then during the actual hypnotism, the voice of Mary comes out through Grace. This leads the parties observing the hypnotism to conclude that Grace is possessed by the spirit of Mary Whitney and therefore she was not actually the one who committed the murders. But is that credible? We know that Jerome/Jeremiah is not really a believable guy and Grace’s reliability is kind of questioned throughout the whole book, so can we believe that she’s possessed? I don’t recall if they discussed/performed an exorcism on her after the hypnotism, though it has been a while at this point since I’ve read it. If we do believe that she’s possessed, than that goes a long way towards explaining why she constantly thought about Mary. But then why all of the hints about mental illness only for us to learn that she’s possessed by a spirit? My honest thoughts are that the whole thing was a scam that Jerome/Jeremiah perpetuated to help relieve Grace of her conviction. Probably just another man who wanted to have Grace Marks in his debt.

But that answer leaves me frustrated with the ending of the novel. I’ve said it before that I like my novels to end with all of the loose ends tied up in a nice pretty package. 🎁 I didn’t get that here. I was left with too many BURNING QUESTIONS🔥 to be satisfied. And I had to remind myself that this book was based off of a real story and that the simple answer is that we just don’t know if Grace was guilty, innocent, possessed, or schizophrenic.

My final point of contention with this book is that after Grace is released from prison, the Governor of the prison has to figure out what to do with her. Where can she go? She’s been in prison since the age of 16 (or maybe 17) and she’s now in her early-mid 40s. Her renown is too great for her to get a job. So what does the Governor do? Arranges a marriage for her. Without telling her who her bridegroom is.

It ends up being Jamie, the young boy from the farm next door to Mr. Kinnear’s. The same boy who felt spurned by Grace because he thought she was being loose with James McDermott, even though she wasn’t. The same boy whose testimony was used to convict her of the murders, despite the fact that he didn’t. see. anything.

But yeah, this book left me with a lot of feelings. But that’s actually one of the things that I love so much about Atwood’s writing, is that there is just so much to dissect. I love books that make me think and frustrate me (sometimes). So despite all of my frustrations and my burning questions, I still give this book 4 stars.

And I’ll end this seriously long review with one final quote from Grace that really highlights the sentiments of the time that she lived in:

“They don’t care if I killed anyone, I could have cut dozens of throats, it’s only what they admire in a soldier, they’d scarcely blink. No: was I really a paramour, is their chief concern, and they don’t even know themselves whether they want the answer to be no or yes.”