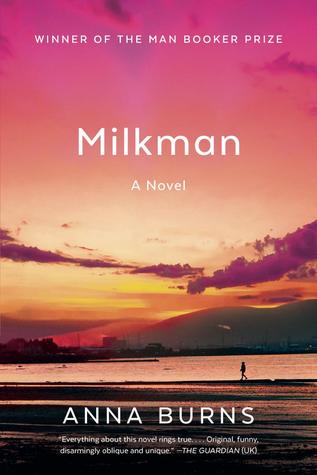 Okay, so my first warning, which you cannot have possibly avoided if you’ve read anything at all about this book, is that Burns’ writing style in this book, is not for everyone. I read a lot and I normally read very quickly, but I am not kidding when I tell you I slogged through this book. It took a lot of effort. It sometimes took me an hour to read two whole pages. There is very little paragraph spacing, there are tons of run on sentences and tons of commas, and there are only seven chapters in this entire book. Only 7 chapters within 342 pages! If you are a chapter by chapter reader, you may have to find a different way to read this one. This is one of those books where people are firmly split in to two camps: love or hate.

With those 🚨 warnings 🚨 and seeds of caution planted, I will say that despite the slow-going of the reading – this book had me going. I wouldn’t quite say that I was on the edge of my seat, but I definitely was invested in the story and wanted to get to the end. Milkman tells the story of middle sister (there are no character names in this book, only designations) who is living in Ireland towards the tail end of the Troubles. She lives with her ma and her wee sisters and has a maybe boyfriend that lives in a different part of town. One day, when out for a run, middle sister finds herself the object of Milkman’s ………… affection? obsession? desires? Milkman is married and in his early 40s, where middle sister is in her early 20s. He’s also a renouncer (a member of the IRA and against British rule in Ireland) and he’s fairly high up on the food chain.  This makes him extremely recognizable and means that whatever Milkman does, is news of the first order to be spread around by all the “pious women” in middle sister’s town. With Milkman making his interest in middle sister known, middle sister finds herself the subject of gossip in her town. And unfortunately, despite the fact that she has done absolutely nothing to feed the gossip about her and Milkman, the rumors are believed to be true and her reputation in town suffers.

I don’t want to go too far in to the plot because it’s definitely worth reading and discovering on your own, but the message about gossip and reputations just rang so true for me.

“I’d rather you came out with your filthy, unfitting language for the rest of your life than for you to turn out one of them cowardly people who can’t speak their minds but won’t hold their peace and instead mumble behind hands and get their fights out in sneakery and in whispers.”

Middle sister only associates with Milkman willingly once throughout the whole book and that’s near the end. For the most part, he talks (read: stalks) to her and she ignores him. But that doesn’t stop the town and her family from believing that she’s in a committed, consensual sexual relationship with him, with just the neighbors reporting that they were seen talking. There is such a valid point here about how a lack of communication can lead to wrong information and how the wrong information can have a serious impact on the subject party. I strive to be a very honest person and I really dislike people who talk behind others’ backs but yet refuse to express their opinions face-to-face. I find it so cowardly. My motto is that “I’ll never say anything behind your back, that I wouldn’t say to your face.” In middle sister’s case, even though she categorically denied an association with Milkman, nobody believed her. I don’t know how I would react in a situation like that, but I really felt this book deep in my bones.

Don’t be shy, I want to know how you really feel about gossip? Does it ever serve a purpose? Have you ever told the truth about something, but nobody believed you?