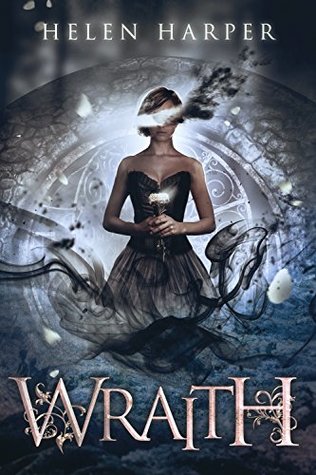 This was a great little book. It was only 276 pages long but it was a quick, fun read. And as a bonus, it was available (at the time that I downloaded it) on Kindle Unlimited. Wraith introduces us to Saiya who is our title Wraith. Saiya can detach her shadow and send it on missions, which is honestly something I need in my life. I can only imagine how much crap I could get done if my shadow could go out and handle business while I’m at home handling business.

In the world that Helen Harper created in Wraith, almost all of the Wraiths are assassins, which means there is a negative connotation associated with them. Saiya, doesn’t kill people. She uses her shadow to learn information and trade that information for necessities like food, or some band-aids. In an attempt to rescue a neighbor of hers from prison, Saiya sends her shadow to Stirling Castle where the goblin king Ghrashbreg is hosting Gabriel de Florinville, this world’s most known Dark Elf. And he’s got a rep but mainly because he’s super powerful.

Without getting too much further in to the plot, I’ll highlight a few of my dislikes. My first struggle was with the setting. When discussing the setting of Scotland, more specifically Stirling Castle, it’s referred to as a ruin and that the goblins just kind of landed there and inhabited it. The actual Stirling Castle is a perfectly restored castle with working lights, plumbing and no structural damage. I only know this because I was lucky enough to visit it back in August. The fact that I know that its not a ruin and the book intimated that it was, made me question the time period of the novel. Is it Victorian? There was no mention of women wearing dresses. Is it modern? There were no cell phones. And I get that it’s a fantasy and that the world can be pretty much whatever the author creates, but this smol point of confusion had me questioning the time period of the setting throughout the novel.

There is a big to-do with the fact that Gabriel discovers his Fior Ghal while visiting the Goblins in Stirling. The idea of the Fior Ghal is discussed very much on a surface level and there are hints that there are more to it, but the full meaning of the Fior Ghal is never revealed. Along those same lines, there is definitely a lot going on, not to the point of too much confusion, but certainly enough to make the ending seem rather abrupt. I ended the book feeling like I was still missing vital information about what happened to the characters. And this is marketed as a standalone.

Despite these small misgivings, I really liked this book. I loved Saiya’s character and her willingness to do whatever to get the job done. I loved that she was more concerned with the people around than with herself. She didn’t whine when she was scared and she refused to be used in a society that was known for using people lower in social standing and she took care of her shit. Saiya was definitely a Fiery Female. So much so that I would just love to see this book continued as a series. There is always the possibility. I mean this book just came out this year so Helen Harper could totally change her mind later on down the road. I’d totally be here for it.

4 Flames to this one. Despite a few loose ends, it was still an engaging read starring a Fiery Female, which you all know — they’re my favorite.