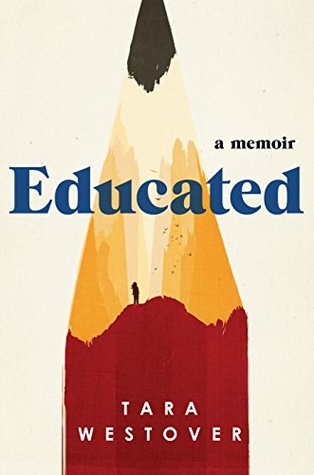 “Once justified, I thought the strangling guilt would release me and I could catch my breath. But vindication has no power over guilt. No amount of anger or rage directed at others can subdue it, because guilt is never about them. Guilt is the fear of one’s own wretchedness. It has nothing to do with other people.”

Wow. What a compelling, haunting read. This book gave me so. many. feelings.

Like all over the place. The largest was probably anger over the injustices that Westover suffered at the hands of her own family. I have a feeling that one of the reasons this book maintains such a high rating is because most people who have read it have experienced some of what Westover went through at the hands of their own families. Some to the same extent, most to a much lesser extent, but part of her journey is a universal experience that a lot of people don’t talk about: family can be toxic.

“I could tolerate any form of cruelty better than kindness. Praise was a poison to me; I choked on it.”

I think probably the second reason why this book has maintained such a high rating is how beautiful Westover’s writing is. She writes fluidly and convincingly of her memories and her stories. Where there are gaps in her memories, she points them out. Where her recollections differ from her siblings, she points those out as well. And even if she hadn’t, the purpose of reading an author’s memoir is not to point out all of the things you don’t believe (in my personal opinion), but to see if perhaps there is a connection there, and for me – there was. And I think, I’ll leave my review there.