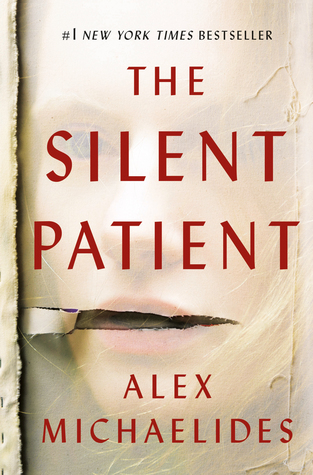 I’m going to go ahead and give this one 4 stars, which is kind of unusual for me when it comes to Mysteries and Thrillers. This was an extremely engaging read. I was hooked from the moment I read the synopsis and saw that she (Alicia Berenson) shot her husband in the face 5 times and then refused to say a single word about the incident thereafter. I mean, come on. How would that even work? Plus I was fascinated. If she was a cold-hearted killer and shot her husband 5 times (in the face), even if it was a crime of passion, why/how did she get caught?

The story is told from the alternating perspectives of Alicia and Theo Faber, the criminal psychotherapist who ends up getting a job at the treatment facility where Alicia is being treated, specifically so he could treat her. The pages of Theo’s perspective far outweigh those of Alicia’s, but not to the detriment of the story.

So the things that I liked about this book: (1) the premise definitely was a huge draw; (2) how quickly the story progressed; this was definitely a page-turner; and (3) I love that I did not guess the twist. I love when the author is able to surprise me with a shocker and Alex Michaelides definitely delivered on that front. Speaking of said shocker – I want to talk about that a little bit since that relates to one of the things I didn’t like about this book. So if you don’t want the story to be ruined, look away now.

♈ As the story progresses, we get a little glimpse in to Theo’s backstory, which definitely adds to the story. Now, I don’t know how to say this without ruining the entire book, so I’m just going to come out and say it: We learn as Theo’s backstory starts to catch up with the story of Theo counseling Alicia in real time, that Theo is actually the one who murdered Alicia’s husband Gabriel, because Gabriel was having an affair with Theo’s wife. The problem is, Theo’s backstory was not notated as happening in the past. I had no idea that it had already happened. I thought that it was happening concurrently with Theo attempting to get Alicia to talk. So in the real-time story of Theo trying to counsel Alicia, we learn that Alicia believed she had a stalker and she would see glimpses of this man hanging around outside her house and then when Theo’s backstory catches up, we learn that it was actually Theo who was hanging around outside her house because he had followed Gabriel back there after a rendezvous with Theo’s wife and was casing the place to catch Gabriel’s habits. It was definitely a little deceptive. But I get it. Had Michaelides made the distinction that Theo’s backstory was happening in the past and the interactions of Theo and Alicia were happening in the present, I probably would have been able to guess that Theo was the murderer, so it makes sense, but I still don’t like that this wasn’t made clear. ♈

But overall, I really liked this book. I liked the premise, I liked the progression of the story, I liked Alicia Berenson’s character, and I liked that I did not see the big twist coming. My likes far outweigh my dislikes in this case. 😊

One thought on “The Silent Patient by Alex Michaelides (Spoilers)”